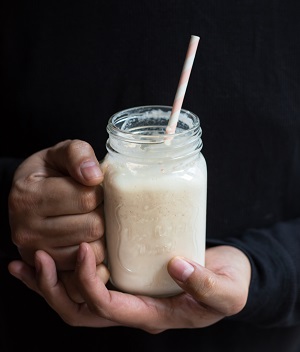 In today’s episode, we discuss dairy alternatives for milk, cheeses, yogurts, snacks, salad dressings, cookies, and ice cream. Wow! There are many places where we can make substitutes that will lower our cholesterol and fat intake and allow us to avoid antibiotics and hormones in our food choices. We share store-bought and homemade options for most of these categories.

One important note: Plant-based alternatives do provide an excellent choice for avoiding hormones and cholesterol in your diet. Also, many of the calories are have lower amounts of fat per gram. Plus, in most cases, you will get added fiber which is a great benefit. Yet, if you are desiring to lose weight, you still must be careful that you do not overdo calories by using too much salad dressing or still eating too many ice creams, too many snacks, too many cheeses, etc – even though you are choosing plant-based options.