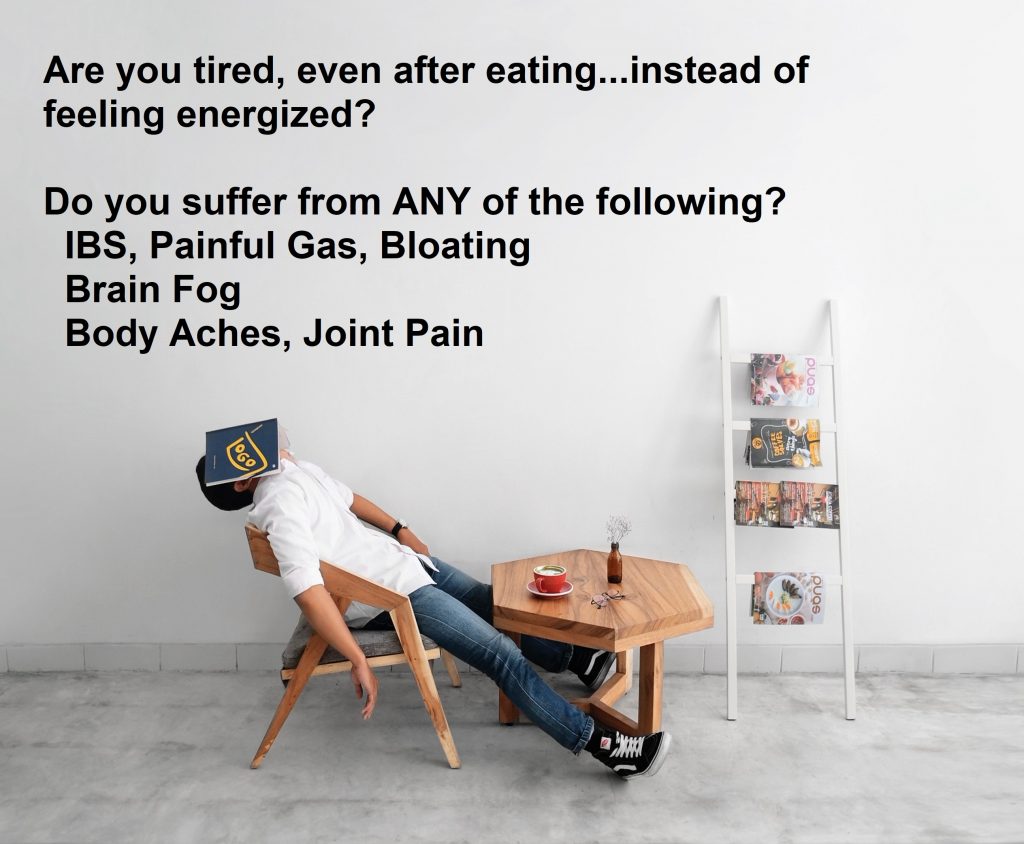 YOU CAN put a stop to these uncomfortable symptoms.

AND... GAIN THE ENERGY YOU DESIRE!

HOW? Most of us know what we shouldn't do, but do you know what you should be doing? The 'Real Food and Drinks' community is all about encouraging you to start eating real food and implement a new pathway to building a lifestyle that will result in more energy.

JUST TAKE SIMPLE STEPS. As you continue along your journey of eating real food there are other steps (and tools) that you can apply to your daily routines to help reach your health goals.  By simply incorporating these lifestyle steps, you can begin living your life to the fullest.

Information Created For Our "Real Food and Drinks" Community

I will be sharing with you, the simple steps that I took to improve my health and we will be learning from others about what they are doing to create a healthier lifestyle too.

Supportive Recipes. The recipes here are simple. The idea is to eat more whole plant-based foods and more whole plant-based foods than any other foods. Eating fresh "real" fruit and vegetables, whole grains, beans/legumes, nuts and seeds will be our main goal. Most recipes will be quick and easy to fit into any busy schedule. Additionally, there will be recipes from a variety of cuisines to encourage you to try more recipes as you find your favorites. All recipes will fully satisfy your taste buds. Here will find various recipes that will support you in the "Real Food and Drinks" lifestyle.

Informative Blog Posts.  Most of the blog posts will be about the lifestyle that we are intending to create. "Real Food and Drinks" is about a lifestyle and never a diet. Therefore, our lifestyle goal is to create a balance that works for us daily while making good choices to support living in a healthy way. This means that no part of our lifestyle is forced, but simply becomes a way of life for us. This results in a lifestyle that benefits us and one that we enjoy also.

Inspirational Podcasts. Where we talk about nutrition, choices in wellness and various practices to build a healthier lifestyle. Check out  "The Real Food and Drinks Lifestyle" podcast.

Engaging Videos. I've created a more personal YouTube channel, where I share quick recipe videos and the specific tools that we can use to support our "Real Food and Drinks" lifestyle. 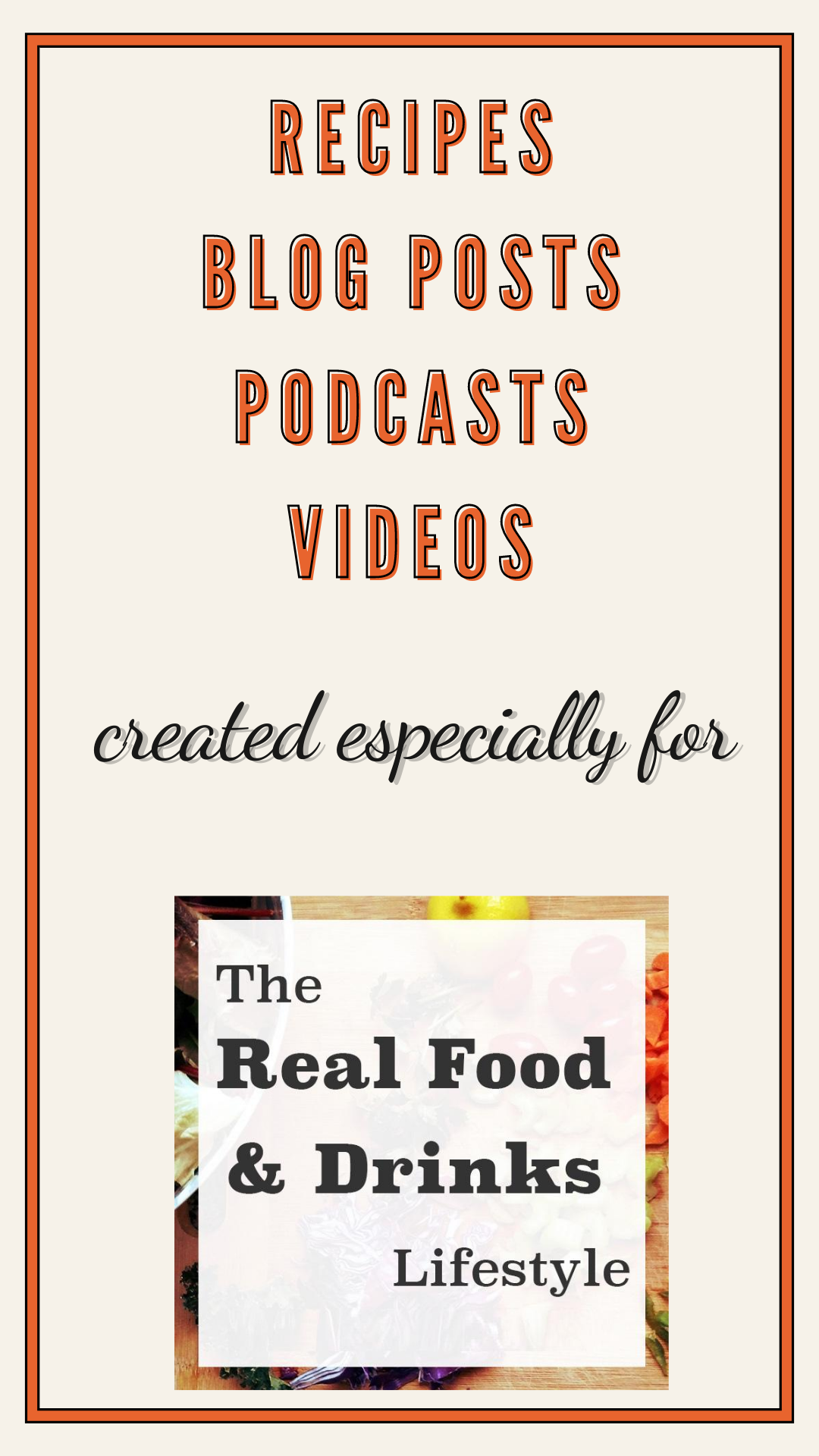 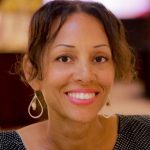 pets. Those facts make my life full in their own way, but add on top of that a condition which made me feel tired and most times unable to cope so I wasn’t able to enjoy the full blessing of my family life. YET, things have changed…

Real food and living a positive lifestyle is what I’m all about! I’ve improved my health and outlook TREMENDOUSLY and I want to pass this gift on to you by helping you do the same.

But first, I think you should hear more of my story:

Yep, that's right. I used to suffer from all those symptoms that are listed at the top of this page. I first noticed body aches and joint pain at the onset of my third pregnancy. I just figured it was part of being pregnant "for the third time". But towards the end of my pregnancy I could barely walk up the stairs to our second floor.  I was only 31 years old (young)! Oh, and I almost forgot to mention the back pain.

After the pregnancy, the pains lingered so I went to see my husband's chiropractor. I received so much relief. The back pain was finally gone and I was able to walk up the stairs again. Then my chiropractor  moved far, far away. (I didn't realize until MANY years later, how much I needed  to find another good chiropractor. More on that below.)

So, some time went by as it normally does. But there wasn't anything normal about it. By the time I was 34 years old I began suffering from brain fog. Let me tell you, anyone who has ever experienced chronic brain fog will tell you that it's debilitating! I felt like I had no energy for most normal activities. I had trouble thinking and making decisions. I felt dizzy often and tired all the time.

Yet, I was determined to push through. I noticed that the brain fog worsened when I ate meals, so I would not eat when I had something important to do. And, at the age of 34 with 3 small kids,

I HAD SOMETHING IMPORTANT TO DO

EVERY DAY AND EVERY MOMENT!

Back in the day (2004) when I would search the internet for "brain fog" - I hardly found anything! But I did come across one doctor that tested for metals and it just so happened that I had (very) high amounts of lead. To treat that condition I underwent Heavy Metal Chelation. It worked for a while - yes, the brain fog was lifted. But knowing what I now know, I would have chosen a different option.

The brain fog did come back, so I determined that it must be something I was eating. This is where my Journey to Holistic Nutrition and Lifestyle began.

I had no idea of the amazing journey that was ahead of me. I  learned new ways of eating that allowed me to control the brain fog! Yay! The body aches and joint pains were gone. I learned to how and why I needed to create a new lifestyle...so I did.  Ahh! It has really been AMAZING! I had overcome almost all of my symptoms.

ALL, EXCEPT FOR THE IBS

Yes, the one that stumped me for the longest was IBS. I hadn't really recognized it due to all the other symptoms. In fact, I think it started in the middle of all of my other symptoms. But once they were gone, for five additional  (5+) years I was seeking doctors for tests of all sorts. I had MRIs, ultrasounds, blood tests and finally an endoscopy and colonoscopy! All revealing nothing. I thank God for that, but what was going on? The pain, gas and bloating was REAL! I was miserable once again from eating food, but now I was eating a diet that any dietitian, nutritionist of health food fanatic would consider ideal. Yet, no one could figure it out. Ultimate frustration!

In the summer of 2016 I discovered a specific way of eating to deal with the IBS. For the most part, it worked. There were a some occasions that it didn't and I couldn't figure out why. Yet, I was determined.

So in the midst of it all I decided to study Holistic Nutrition for myself. To get some first-hand knowledge. To seek as much understanding as I could in order to heal myself. I was determined...and desperate.

I completed my studies in the fall of 2017 and just continued to learn all that I could through self-study and being my own "guinea pig".

I continued to focus on Holistic methods of healing which involve more than what I was eating or what supplements I was taking. The study of Holistic methods opened up a "whole new world" for me to explore. I began to study "how" I was living...my lifestyle. I had to self-inspect my lifestyle and there was one major aspect of it that needed changing. There was one major aspect of my life that was fueling the IBS.

You have probably heard of this culprit before. Yes, It was undoubtedly STRESS! So you think you read all this just to arrive at something you've already known. Well, if you don't know how to deal with STRESS you will feel frustrated.

Because everyone I encountered or read about who had improved their health had to first deal with STRESS ! Please don't run away from this truth. There are some simple things you can do to change how you deal with STRESS! I will share with you all of the methods that I have learned in dealing with STRESS and the many other ways in which I practice a lifestyle that supports health. There is healing for you, just like I was able to heal.

I am now FREE from IBS Symptoms!

I now have energy that lasts the entire day.

I no longer experience fatigue or stomach pain after I eat food.

YOU CAN BREAK FREE FROM ALL YOUR SYMPTOMS TOO!

Get Started Creating a Healthier Lifestyle

Here is a sampling of the Recipes, the Podcasts and the Lifestyle Blog Posts:

The Need for Exercise

Grounding – More Food from the Earth

What’s bottled juice all about?

Podcast Episode 2 – What is real food and what are real drinks?